UK: Preparations in Earnest for Impending Arrival of Royal baby

The pitter-patter of tiny royal baby feet will be arriving any day now, with Prince William and Kate Middleton in their final nesting phase and the hospital getting its final security sweep.
"If you think that the [queen's] Jubilee was a big deal, then I think the arrival of this baby will knock your socks off," Omid Scobie of Us magazine told ABC News.
Duchess Kate has been out of the public eye, but she's busy working behind the scenes, nesting and getting ready to become a mother.
Kate Middleton Makes Final Appearance Before Royal Baby's Birth
She reportedly just made a secret visit to St. Mary's Hospital for final checks, where she'll be giving birth in the newly refurbished, state of the art Lindo Wing.
And as for husband William, he's at work as a British Royal Air Force search-and-rescue pilot in Anglesey, Wales. But fear not, he has vowed to be by his wife's side when the time comes, which explains why a helicopter is sitting in a field next to his home in Wales on standby, waiting to fly him to London if he's on duty.
The whole royal family is getting ready, including the queen, who will be one of the first people to find out, notified by William. But he won't wake her up if Kate delivers overnight.
How Will Kate Decorate the Baby's Nursery?
Uncle Harry seems to be ready as well. 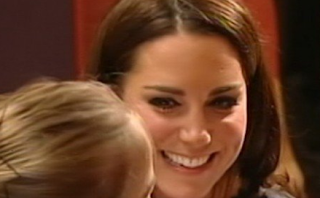