Princes William and Henry of Wales Among the Best Dressers

The Huffington Post just published an article on the Wales brothers in which they are proclaimed among the world's best dressed!


Princes William and Harry have finally made British GQ's best-dressed list, the Telegraph UK reports. Harry came it at number 5, quite a few spots ahead of William who ranked 27th.


GQ's "experts" said Harry ''looks good because he really doesn't care." But Wills didn't go without praise -- rapper Pharrell Williams told the men's glossy, ''I like it when Prince William goes dandy. He's got all the proper wardrobe when they do the hunting thing. They kill that!''

It seems fitting that the pair would enter the list at the same time: after looking through pics of the princes, we've noticed that the two dress alike. Very often. Check it out. 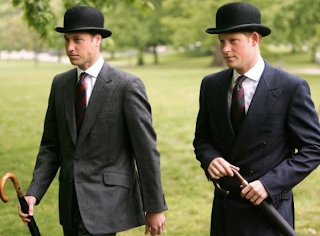