Born in Rome on 5 January 1938, King don Juan Carlos has ruled in Spain since 1975. An exemplary modern monarch, His Majesty has occupied the Spanish throne for more than 35 years.

Last year he underwent serious surgery to remove nodules from his lung, and although cured of the malady, the Spanish king seems to have had a very slow, and worrisome, recovery.

The King of Spain plans to spend his birthday in the privacy of his family circle at the Zarzuela Palace, his home near Madrid.

May he enjoy many more birthdays! 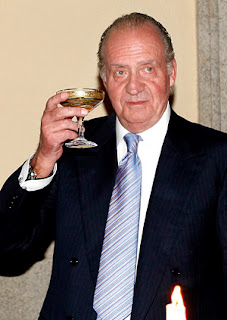