Truly heartbreaking for the Empress Farah and her family...

The youngest son of the late shah of Iran was found dead Tuesday of an apparent suicide at his home in Boston, after he had "struggled for years to overcome his sorrow," his brother said.

"Once again, we are joined with mothers, father and relatives of so many victims of these dark times for our country," the shah's oldest son, Reza Pahlavi, wrote on his website in announcing the death of his brother, Alireza Pahlavi.

Pahlavi, 44, died from a gunshot wound that apparently was self-inflicted, said Jake Wark, a spokesman for the Suffolk district attorney's office.

Boston police said officers responding to a 911 call found the man dead in his home in the city's South End neighborhood shortly after 2 a.m. Tuesday. A police spokesman did not know who made the call or whether it came from the home.

Fardia Pars, who is close to Reza Pahlavi, said by phone from Paris that Alireza Pahlavi went into a deep depression following the 2001 death of his sister Leila Pahlavi, who was found in a London hotel room at age 31 after overdosing on barbiturates.

"He became a different person," he said.

Pahlavi's depression "grew over time – his departure from Iran, living in exile, the death of his father and then his sister to whom he was very close," said Nazie Eftekhari, who works in Reza Pahlavi's office in Washington and is a close family friend.

"The deaths were a huge blow to him," she said.

Continue reading by clicking on the link... 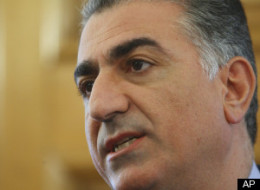