Further Reports on the Iranian Tragedy

The son of the deposed Shah of Iran and onetime heir to the throne committed suicide early this morning in his South End brownstone, according to authorities and a statement from his family.

A gracious and unassuming man, Prince Ali Reza Pahlavi, 44, had lived on West Newton Street for at least four years, where folks on the street whispered about his royal lineage and expensive cars and clothes, neighbors said. Pahlavi’s family released a statement mourning his death and calling it a suicide.

“Like millions of young Iranians, he too was deeply disturbed by all the ills fallen upon his beloved homeland, as well as carrying the burden of losing a father and a sister in his young life,” read the statement signed by several surviving members of his family. “Although he struggled for years to overcome his sorrow, he finally succumbed, and during the day of the 4th of January 2011, in his Boston residence, took his own life, plunging his family and friends into great sorrow.” 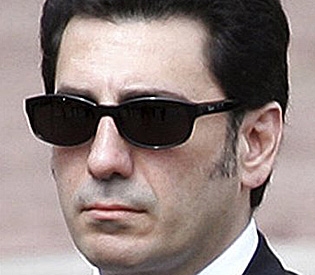 http://bostonherald.com/news/regional/view.bg?articleid=1307375
Posted by Unknown at 9:53 PM