Schloß Calenberg, a property owned by the Hannoverians for several centuries, was sold by Prince Ernst August, eldest son of Ernst August and his first wife, Chantal Hochuli. Ernst August (Sr.) married secondly Princess Caroline of Monaco, from whom he is estranged.

The Principality of Calenberg was a dynastic division of the Welf Duchy of Brünswick-Lüneburg in the Holy Roman Empire from 1494 until 1705, when it was merged with Lüneburg to form the state of Hannover, Which Prince Ernst August's ancestors ruled until 1866 when the Prussians deposed King Georg V and sent the family into exile.

Prince Ernst August (Jr.), who inherited a sizable chunk of the family's property and wealth, argued that continuing ownership of Schloß Calenberg was not financially viable any longer. Proceeds from the sale are to be invested in the family's many other enterprises. The Hannovers remain among the wealthiest of German former ruling families.

A wood cutting of Schloß Calenberg 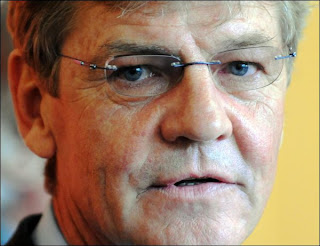 
http://www.tageblatt.lu/people/international/story/Familiensitz-verkauft-28341499
Posted by Unknown at 9:53 AM