The Middletons Take Over a Hotel near Buckingham Palace...

It was much loved by the Queen Mother, and these days the Queen and Baroness Thatcher are patrons.

And for four days in April, the Goring Hotel, near Buckingham ­Palace, will be taken over by the family and friends of Kate Middleton — together with ­William’s chums — for the royal wedding.

Now, I hear, Kate is thinking of basing ­herself at the same hotel for the night before the ceremony.

Certainly that is the talk among excited staff at the five-star hotel, where double rooms cost £345 a night.

The couple chose the Goring for their guests because it is close to the Palace, where their reception will be held after the Westminster Abbey nuptials. 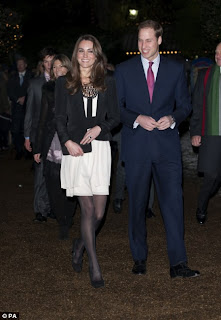