The Head of House Prussia, Prince Georg Friedrich (b. 1976), only son of the late Prince Louis Ferdinand (Jr.) of Prussia and of his wife Donata of Castell-Rudenhausen, announced yesterday his engagement to Princess Sophie of Isenburg (b. 1978).

The lucky young lady is the fourth child of Fürst Franz Alexander  (b. 1943) and of his wife Fürstin Christine, née Countess von Saurma, Baroness von und zu der Jeltsch (b. 1941).

Two of Princess Sophie's siblings have contracted stupendous dynastic marriages: Princess Katharina married in 2004 Archduke Martin of Austria, one of the sons of the late Archduke Robert of Austria-Este and of his wife Archduchess Margherita, née Savoy-Aosta.; and Princess Isabelle who has been married since 1998 to Fürst Wilhelm of Wied.

Princess Sophie has two brothers, Alexander and Viktor, both unmarried.

No date for the wedding ceremony has been given yet! 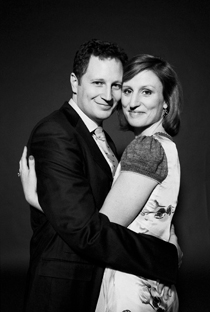 http://www.preussen.de/de/heute/aktuell/verlobung_im_haus_hohenzollern.html
Posted by Unknown at 12:58 PM