At Bad  Krozingen, Germany, HI & RH Archduchess Ilona of Austria has died. Her passing took place on January 12. The archduchess was in her 84th year.

Born Helene, but known by the more Hungarian-sounding version of her name, Ilona was the second daughter of Archduke Joseph Franz of Austria (1895-1957) and his wife, the former Princess Anna Monica of Saxony (1903-1976). Joseph Franz was the son of Archduke Joseph August (1872-1962) and of his wife Augusta (1875-1964), a granddaughter of Emperor Franz Joseph of Austria, king of Hungary.

Archduchess Anna Monica was the youngest child of the ill-paired couple formed by King Friedrich August III of Saxony and his former wife Louisa, former Archduchess of Tuscany, whose exploits were the fodder of newspapers and wagging tongues in the first decade of the XX century.

The Joseph branch of the Austrian Imperial family owned vast properties in and around Hungary, all of which were lost after the country fell victim to the Communist yoke in 1945. Ilona of Austria was born while her parents resided at their town palace in Budapest, her birth taking place in Budapest.

As the Josephs of Austria escaped from the oncoming Soviet troops pouring into Hungary, the family took what it could carry and departed for exile. Their frantic meandering brought them to Sigmaringen, where Anna Monica's elder sister lived. Since 1920 Princess Margarete of Saxony had been married to Fürst Friedrich Viktor of Hohenzollern, Head of the princely family between 1927-1965. In fact, it was at Sigmaringen, which served as a refugee center for many dislocated Eastern European royals, that Archduchess Ilona married in 1946. Her choice of husband landed on Duke Georg Alexander of Mecklenburg (1921-1996), eldest son of Duke Georg Alexander (1899-1963) and his first wife, the former Irina Raieskaya (1892-1955). His second wife was Archduchess Charlotte of Austria (1921-1989), next to youngest daughter of Emperor Karl of Austria and his wife Zita, née Princess of Bourbon-Parma.

Archduchess Ilona and Duke Georg Alexander were married for nearly thirty years, their union ending in dissolution in 1974. Irreconcilable interests, as well as a third party, brought an end to their marriage. However, in the nearly three decades during which they were married, Ilona and Georg Alexander had four children:  Duchess Elisabeth (b. 1947), Duchess Marie Catherine (b. 1949),  Duchess Karoline (b. 1952) and Duke Georg Borwin (b. 1956.)

All of Ilona's children married. Duchess Elisabeth married Count Alhard von dem Bussche-Ippenburg, gen.v.Kessell, but they are now divorced. Marie Christine married Wolfgang von Wasielewski. Karoline is married to Constantin Harmsen; while Georg Borwin married Alice Wagner, by whom he has three children: Olga (b.1988), Alexander (b. 1991) and Michael (b. 1994).

Duke Georg Alexander died at Mirow (in Mecklenburg) on January 26, 1996, at which time Duke Georg Borwin succeeded as Head of House Mecklenburg-Strelitz.

Archduchess Ilona's death leaves a large void behind. One of her nieces described her to us as, "A lovely, lovely, humble and prayerful woman. May she rest in Peace and may the Angels meet her to bring her to Paradise ..."

Funeral arrangements have yet to be announced. 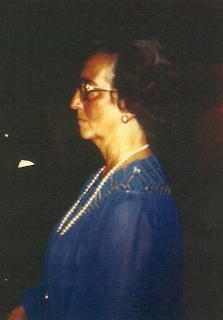 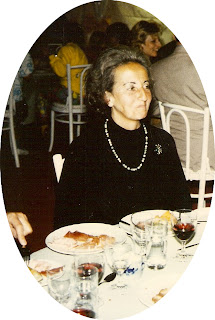 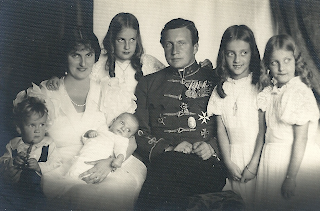 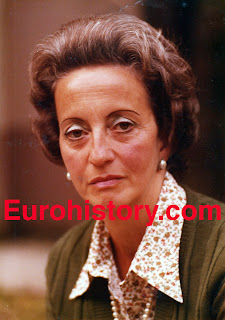