The Duke of Edinburgh – An Exhibition

As the Queen's Consort for nearly 60 years, the Duke of Edinburgh has spent much of his life championing the work and achievements of the monarch.

But a new exhibition marking the Duke's 90th birthday this year will reveal several of his little-known talents, including his proficiency as a jewellery designer.

Prince Philip: Celebrating Ninety Years, will feature photographs, diaries and other memorabilia from his personal collection.

It includes a gold and gem-studded bracelet designed by the Duke and given to the Queen as a gift on their fifth wedding anniversary in 1952.

The bracelet, on loan from the Queen's personal collection, was made by the jeweller Boucheron and decorated with the letters E and P entwined. It features a crown motif, an anchor set in diamonds representing the Duke's naval badge, York roses and sapphire, diamond, and ruby crosses. 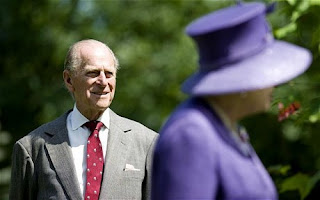