A Lonely Job at the Top

From the Times of London...

A researcher has looked back on the lives of more than 1,500 European kings and queens and found that more than 20 per cent died a violent death.

Professor Manuel Eisner, a criminologist at Cambridge University, found that the biggest cause of death was rivals taking the throne, followed by battles with neighbouring monarchs and revenge.

A few kings and queens were killed by random members of the public who had a grievance with authority. 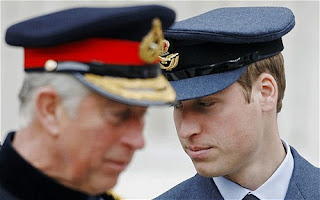