Interview with His Imperial Highness Grand Duke George of Russia

Your Highness, as the heir of the Imperial House, do you think of yourself as a potential monarch?

The status of the Head of the Imperial House, who at present is my mother, Grand Duchess Maria Wladimirovna, and of her heir, naturally enough includes the possibility sometime in the future of being not only the head of the dynasty, but also of our homeland. Of course, this can only happen if the Russian people decide that they want and require the monarchy once again. If the day comes when I am called to this service, I will not turn away from it. But at present, I, following the example of all the heads of our House in exile—my great-grandfather, my grandfather, and my mother—strive to live according to the maxim: “Do your duty now, and let the future take care of itself.” It would be senseless to sit and dream: “What will I do if I ascend the throne.” I strive to be useful to my homeland in the position that I hold now, to help my mother to fulfill her duties, and to accumulate professional experience and knowledge that will be useful under any circumstances I may find myself in the future.

In your opinion, how should the monarchist idea be implemented in our present day circumstances?

The restoration of the monarchy should happen only by means of a deliberative and free expression of the people’s will. I feel sure that if the people got honest and objective information, they would make the correct conclusions and would make a choice that corresponds best with their genuine national interests. History shows that a formal majority often can make mistakes. But if the people regard themselves not as a “mass” and not as a “population,” but as a collection of individuals united with common values, respectful of their ancestors, and themselves desiring that this respect should be preserved by future generations—then the people will not make a mistake. I’m sure you’ll agree that the reestablishment of the monarchy after the Time of Troubles in the early seventeenth century—the 400-th anniversary of which we will soon be celebrating—dramatically illustrates my point. 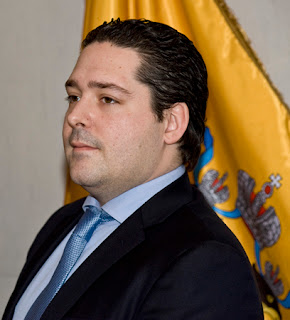