A Crown to Wear Over that Bald Spot...Incorrigible!

OF all the details surrounding Prince William’s April marriage to his longtime girlfriend, Kate Middleton, few seem to have garnered as much attention as his rapidly receding hairline.

“You Can Leave Your Hat On” and “No Hair to the Throne” are among the many headlines that have appeared in the British tabloids. Which poses a question: Is it possible that the 28-year-old prince felt an urge to lock up a commitment from Ms. Middleton because his heart-throb status might be beginning to disappear with the hair? If so, what must the rest of the not-so-princely men in the world feel when youthful looks begin to fade?

In the past, only women were perceived to have a marital sell-by date. But thanks to a convergence of social and economic trends, some men feel the same pressures. 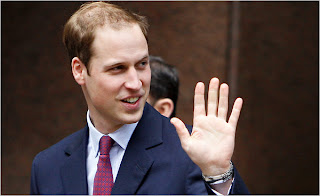