Further Information on the Death of Iranian Prince

(CNN) -- Alireza Pahlavi, son of the former shah of Iran, died Tuesday morning at his home in Boston, Massachusetts, a family spokesman said. The spokesman said it was a suicide.
Pahlavi, 44, was the son of the former shah Mohammed Reza Pahlavi, who was overthrown in 1979 and died the following year in exile in Cairo, Egypt.
"It is with immense grief that we would like to inform our compatriots of the passing away of Prince Alireza Pahlavi," the family website said.

"Like millions of young Iranians, he too was deeply disturbed by all the ills fallen upon his beloved homeland, as well as carrying the burden of losing a father and a sister in his young life. Although he struggled for years to overcome his sorrow, he finally succumbed."

The family learned of the death Tuesday at 2:30 a.m., said spokesman Ahmad Oveyssi.
Born in Tehran on July 28, 1966, Pahlavi attended schools in Iran before traveling to the United States in 1979 during the Iranian revolution. He obtained a B.A. from Princeton University in 1984 and a masters degree from Columbia University in 1992 and attended Harvard University in pursuit of a Ph. D. in Ancient Iranian Studies.

He is survived by his mother, Farah Pahlavi, his older brother Reza, his sister Farahnaz and his half-sister Shahnaz. 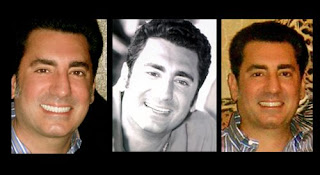