In royal/commoner marriage, a happy mix of genetic diversity

In royal/commoner marriage, a happy mix of genetic diversity

By Faye Flam
Inquirer Staff Writer
While opinion leaders in Britain debate whether Prince William's impending marriage to a commoner will diminish the royal family's public image, geneticists see only an upside to the pairing.

"From a genetic perspective, mixture is good," said Francisco Ceballos, a biologist at the Universidad de Santiago de Compostela in Spain. Ceballos is involved with an ongoing study of the Habsburg family, a once-powerful royal dynasty that appears to have inbred itself into extinction.

Inbreeding, which can increase the likelihood of genetic defects, is still one of the most complex areas of evolution and population genetics, he said. Some groups of plants and animals can withstand more than others before harmful effects surface. In the badly depleted Florida panther population, geneticists determined that inbreeding had led to various birth defects, including malformed testicles and heart deformities - and that without intervention, the big cats were nearly certain to go the way of the Habsburgs.

About 10 percent of humans worldwide are the product of some inbreeding, and the potential dangers were little understood as recently as 150 years ago, when Charles Darwin did some of the earliest research on inbreeding, in plants. Since he was married to his first cousin, historians say, some of his interest was driven by concerns about his own children's health.

Ceballos and other scientists are hoping to gain a better understanding of the varied effects of inbreeding by looking at royal families, where the practice has reached extremes in the past.

In the British royal family, Prince Charles is a product of slight inbreeding, said Ceballos: His parents are related as third cousins through Victoria and Albert, and also fourth cousins once removed, through King George II and Queen Charlotte.

But by marrying unrelated Princess Diana, he produced sons who are not inbred. Still, Ceballos said, it can't hurt for William to be adding more diversity to the royal gene pool.

Friday's wedding certainly will make it less likely for the Windsor family to meet the fate of the Habsburgs - the royal dynasty that arose in the 1500s and controlled the Spanish Empire at its height. By the late 1600s, the last Habsburg king, Charles II, suffered chronic muscle weakness, abnormally short stature, intestinal problems, mental retardation, impotence, and infertility. He married twice, but died childless at age 39. 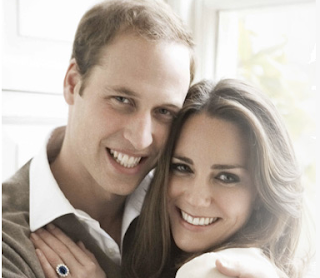 http://www.philly.com/philly/entertainment/20110425_In_royal_commoner_marriage__a_happy_mix_of_genetic_diversity.html?viewAll=y#ixzz1Kq9jfHrc
Posted by Unknown at 12:20 AM