Fixating on a Future Royal as Elusive as Cinderella

“Kate’s struggle to hold down a job since graduating has reportedly earned the displeasure of the queen,” declared the guide, Hana Umezawa, as earnestly as if she were explaining the Spanish Armada. “The closest Kate has come to having a regular job was when she worked at Jigsaw as a part-time assistant accessories buyer from 2006 to 2007.”

What do you say about a young woman who went to college, fell in love and became engaged? With Kate and Prince William’s wedding a little more than a week away, the chances of the public — that is, us — learning anything new about Miss Middleton before she turns into a princess (or a duchess, depending on which title she takes) are zero.

Now 29, she has formally spoken to the press only on the day she and William announced their engagement and submitted to a gentle sprinkling of softball questions. She appears to have spent a lifetime avoiding unseemly episodes. 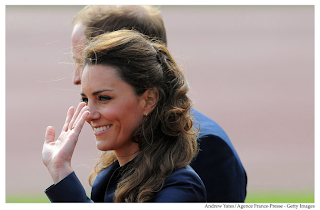