A Royal Wedding, She's Been There

“IT is dreadful,” declared India Hicks, the model and former “Top Design” host, in a supremely proper English accent that made the phrase a symphony of syllables. She was sitting in a room at the Mark hotel on the Upper East Side, gazing out her window at rain squalls so thick they disguised the adjacent maze of apartment buildings.

True to her origins, Ms. Hicks was not about to let the rainy bluster slow her down. Just back from a weekend jaunt to London and en route to her home in the Bahamas, she was in New York to work on a jewelry line, promote Crabtree & Evelyn’s latest fragrance collection and film a segment for Barbara Walters’s royal wedding special on ABC.

Ms. Hicks, one of Diana’s five bridesmaids and a goddaughter to Prince Charles, has gradually emerged, with no apologies, in the role of royal-wedding expert. At Diana’s 1981 wedding, Ms. Hicks was a 13-year-old tomboy, reluctantly decked in petticoats and puffed sleeves. Now 43 and the mother of three sons and a daughter (she describes herself as a “ferociously organized”), she will clip on a microphone and play commentator for the much-anticipated April 29 nuptials of Diana’s firstborn, Prince William, and Kate Middleton.
It’s a role that Ms. Hicks’s mother, Pamela Hicks, a daughter of Countess Mountbatten of Burma and the last Viceroy of India and herself a bridesmaid to Queen Elizabeth, has perhaps surprisingly encouraged.

“My mother reminds me, ‘You are a part of history,’ ” said Ms. Hicks, taking a seat in the Mark’s dining room and ordering a cup of English Breakfast tea and a bowl of oatmeal. “It’s only 30 years later that you think, I rode in a gilt carriage drawn by horses.”


©Evan Sung for The NYT 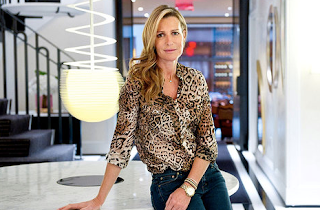