The previous record, of 59 years, two months and 13 days, was set by his great-great-grandfather, King Edward VII, Clarence House said.

The Prince of Wales became heir apparent at the age of three when his mother, Princess Elizabeth, acceded to the throne on 6 February 1952.

Charles, now 62, was nine when he was given the title the Prince of Wales.

Edward VII was born the heir apparent on 9 November 1841 as his mother, Queen Victoria, was already on the throne.

The heir apparent, currently the eldest son of a sovereign (unless the monarch's children are all female), is the next in line to the throne and their right to succeed cannot be altered by the birth of another.

However, Deputy Prime Minister Nick Clegg recently said the government would consider changing the laws on royal succession to remove the right of male heirs to succeed before older female siblings.

He said both he and Prime Minister David Cameron were "sympathetic" to changing rules which seemed "a little old fashioned." 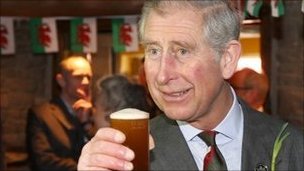