Kings Without a Country

He is Libya’s rightful heir to the throne who is ‘ready to rule’ but for 23 years Prince Mohammed el-Senussi has been in exile in London. and he’s not the only deposed royal who has lived here...
If Colonel Gaddafi is removed, who will fill the power vacuum in Libya? Step forward Mohammed el-Senussi, 48, great-nephew and heir to King Idris, the last king of Libya. Mohammed was six in 1969 when Gaddafi seized power and placed the royal family under house arrest. In 1982 the family were forced to live in a beach shack after their house and all their belongings were destroyed. They were finally allowed to leave Libya for the UK in 1988.

Mohammed became crown prince on the death of his father in 1992. Now the uprising has reawakened Libyan memories of that time before Gaddafi when Libya had a king. “Whatever its limitations the government that lasted from 1951 to 1969 was not the sort of kleptocracy that emerged under Gaddafi,” Mohammed has said. He has already declared that he intends to return to Libya. “The Senussi family considers itself in the service of the Libyan people. If they choose monarchy we are ready to rule. If they choose a republic we will respect that too. Living in exile is hard. In the end everyone has to go back to their home.”

He is the best known of the monarchs living in exile in Britain because of his close relationship with our royals who call him Tino. His second cousin Prince Charles chose him to be godfather to Prince William. Constantine was 24 when he succeeded his father Paul in 1964 as the sixth and, as it turned out, the last King of the Hellenes. Three years later he was deposed in a military coup which some say he helped to legitimise by agreeing to swear in the new government.

He never abdicated and remained king officially for seven years until Greece abolished the monarchy in 1974 after a referendum. He and his wife the former Princess of Denmark Anne-Marie, set up home in Hampstead, north London. The republican government did not confiscate Constantine’s properties in Greece but strongly discouraged him from visiting the country. He did not return until 1981 and then it was only for a few hours in order to attend his mother’s funeral. There were protests during another visit in 1993 and the government asked him to leave. 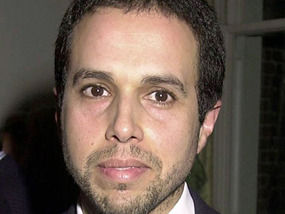